Short stories from along the river Taff

We asked Robin Thomson and Mog Chambers from the Merthyr Tydfil Heritage Trust to tell us about a few important characters from Merthyr’s past.

Oriel Canfas is a contemporary art gallery based in the Canton area of Cardiff, showing a large selection of art disciplines. It is run by an artists co-operative with studios on site and an education space, making it a unique contemporary gallery in the City of Cardiff. We spoke with two artists there: Alun Hemming and Felicity Lea.

When will the rain stop?
A rainbow reminder of the
Everlasting Covenant,
Sludge and devastation
Permeate through the
Settlement

Nature, the world around us,
Life soaring through its flow
Why do we feel as though
We can control such forces
Impossible!

We need to fit in with the
World we inhabit, not expect
The natural environment
To accommodate us

Chameleon
A poem written following the floods in the Rhondda and Taff during storm Dennis 2020.

Kath Jones is a member of the RCT Creative Writers Group.

I am the Taff,

Les Allen is a member of the RCT Creative Writers Group. 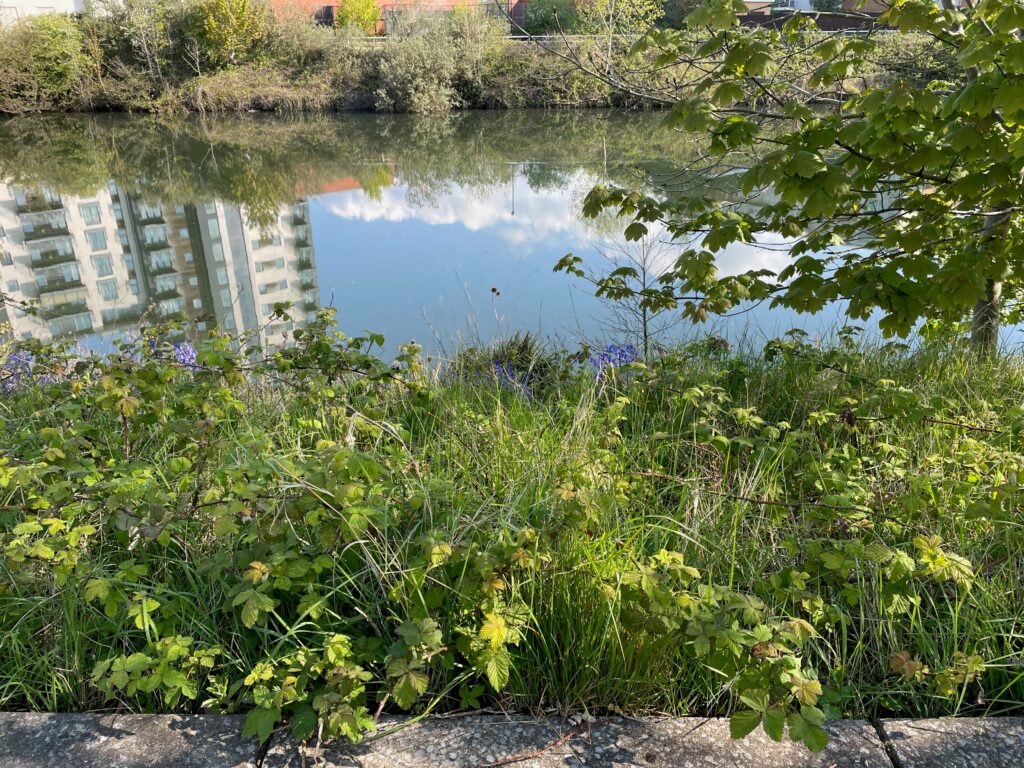 “We chose our house because of its proximity to the water. From the bedroom window if I lean forward just enough, I can see the river Taff. It is the first thing I see when I let the day into our home in the morning and it is the last thing I say goodnight to.

Its constant flow has been a calming and reassuring presence in the past year, a reminder that things pass. I now know there is a whole world that lives on the river, some of it is loud and visible, some of it is hidden under the surface and emerges only for the careful observer. But whether I am the careful observer or the distracted passer-by, I always know the river is there.”

“[The Taff Trail] runs for 55 miles from Cardiff to Brecon and it follows the line of the old railways and tram roads that were used in the industrial heritage of South Wales, to transport coal and iron ore and so on, down to Cardiff from Merthyr and other areas.
Sustrans got involved with the first tranch of funding for National Cycle Network, and incorporated the route into the National Cycle Network, and that really boosted it hugely. Ever since then it has grown and grown, and is now probably the most popular part of the cycle network in Wales.” 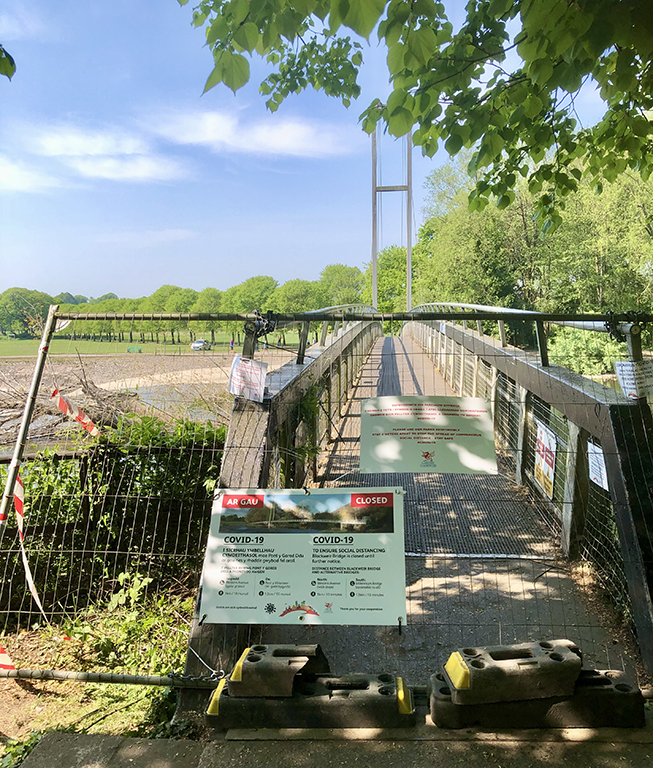 “The beautiful Spring of 2020 coincided almost exactly with the first Covid lockdown. We were allowed out for exercise and I decided to take advantage of the newly acquired fresh air and the Spring sunshine.  For the first few weeks my walk took me over Blackweir Bridge in Pontcanna Fields then it was closed and I had to change my routine. This also caused me to take a different look at life and, although I had always enjoyed music, I had never considered writing songs before.  But I started composing them in my head and now have enough for two CDs.”

have you heard the Tales ?
About the prince of Wales ?
He opened Hopkinstown boys club,
Which I run as a martial art hub
It’s run by me and my son
We call it the dungeon
Teaching Styles from Krav Maga ,
Which has become very popular
To kung fu fighting hidden tricks
Or Filipino fighting with sticks
Or unwind with relaxing tai chi
List goes on what’s taught by me
The huge window at the top
Is becoming a attraction spot
People stop and wave Hi
As they jog or walk by
Or if driving past
They give the horn a blast
The taff flows but has no end
Enjoy this attraction spot my friend

“Since early days I would watch the Taff passing by. Imagining every ripple over a stone was a fish. The reality was, as we waded from one side to the other felt slimy, we didn’t care or didn’t realise about rats disease. We put ropes from trees over the river until one day the rope broke, I couldn’t sit down for week. We went to school by bus, always travelling by the Taff. Now maybe if I was still watching. I might see a fish. Would like to think so.”